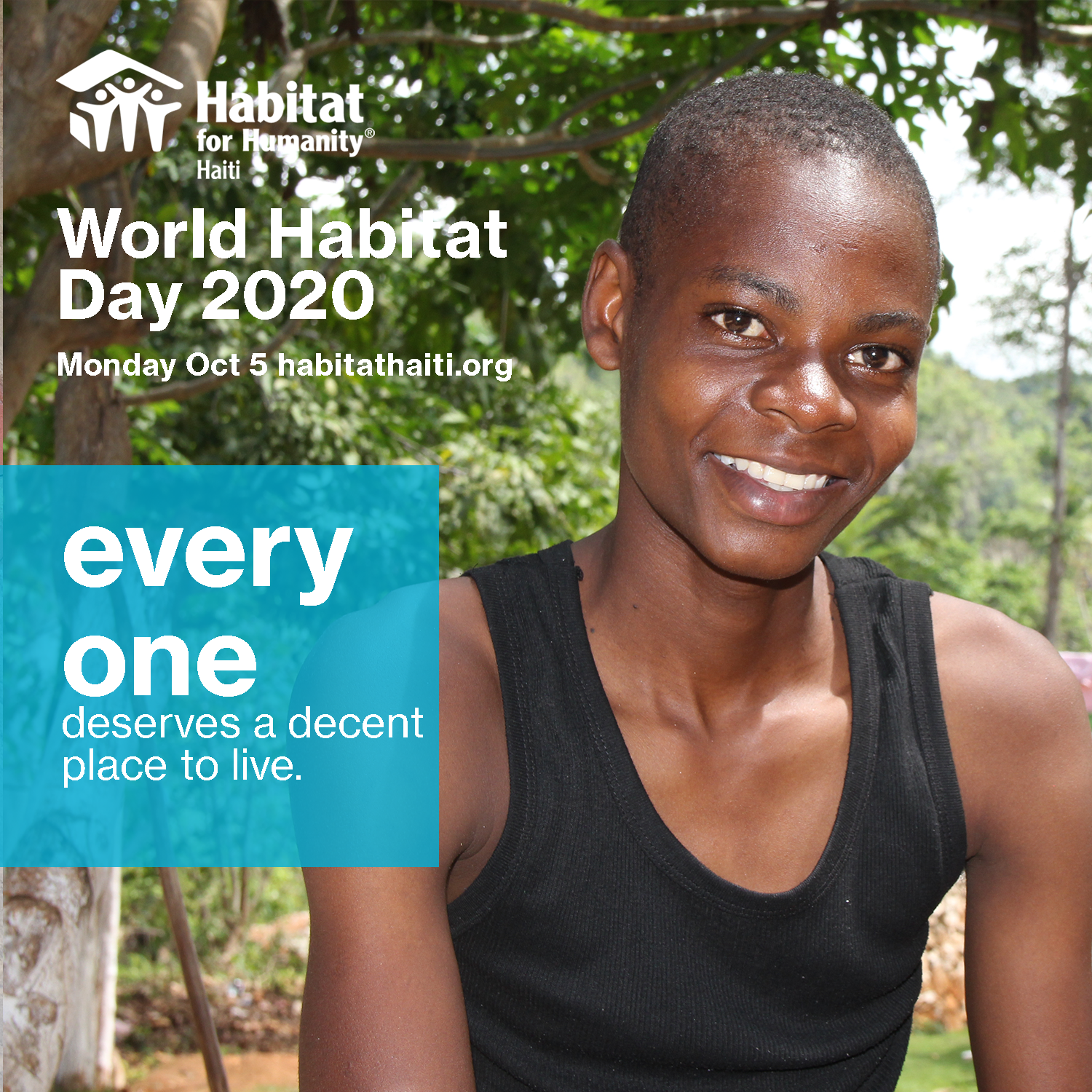 Over 30 years ago, the United Nations designated the first Monday of October as World Habitat Day. This year, we never could have foreseen the importance of safe and adequate shelter in the face of the COVID-19 crisis, contemplated Jonathan Reckford, Habitat for Humanity International CEO.

Access to adequate, affordable housing has been a longstanding issue in Haiti exacerbated by natural disasters. The Government of Haiti estimates that 700,000 housing units would be required to meet the pre-2010 earthquake situation and accommodate for urban growth.
According to data from ECLAC, in Latin America and the Caribbean, almost 100 million people (21% of the urban population) live in poverty, unsuitable housing, with little access to drinking water and sanitation.

For this reason, in the framework of World Habitat Day, Habitat for Humanity published the report “Cornerstone of Recovery” in which the organization considers how much official statistics might underestimate the role of housing in the economy, given the size of the informal sector in many emerging economies; and develops unofficial estimates.

The objective was to establish the role of housing in economies, representing both investment and housing consumption. To that end, the GDP of 11 countries was examined in detail, analyzing whether the housing sector could support economic recovery throughout the world. With this economic stimulus, low-income households would have access to safer and healthier homes, which would in turn help reduce the spread of COVID-19.

“The results are revealing: existing datasets in low- to middle-income countries are often incomplete or inaccurate, and efforts to measure housing’s contribution to the economy have largely focused on developed countries, according to the report”, says Ernesto Castro-García, Area Vice President, Habitat for Humanity International, Area Office for Latin America and the Caribbean.

Low- and middle-income countries tend to emphasize housing construction’s share of GDP in national datasets but not the larger housing services component, which includes rent or mortgages, maintenance and utilities.

As a result, housing is a larger-than-expected contributor to emerging economies’ GDP, averaging 13.1% in our sample countries, on par with sectors such as manufacturing, which often draws more attention in economic recovery plans.

Furthermore, informal housing and housing services are likely to be undercounted or not counted at all in national accounts. Informal housing alone, could contribute an additional 1.5% to 2.8% to GDP on average, if properly accounted for. This means housing is likely an even larger contributor to GDP – up to 21.8 percent of GDP in the countries studied. If only half of the informal sector is accounted for, it would increase housing’s addition to the GDP average from 13.1% to 14.6% the report found.

Unnoticed importance. Although interventions in the housing sector can produce large economic stimulus effects and would improve the health conditions of families, they are not used prominently by governments. Proof of this is that of the 196 countries that have developed an economic response to the pandemic, only 22% (or 11%) have explicitly included housing components in their plans, according to the International Monetary Fund (IMF).

“Interventions in the housing sector can have not only large economic stimulus effects but also improve individual welfare and community health, by helping alleviate overcrowding and creating healthier living conditions. In addition, they create jobs and, particularly in the time of a pandemic, would help avoid the overcrowding that makes communities more vulnerable to the virus. Our country must review and include the housing market in the economic reactivation plan”, Jean Frenel Tham, National Director at Habitat for Humanity Haiti.

Additionally, the report authors recommend stimulus policies that, in cooperation with the international and private sectors, focus on middle- and low- income families while including the formal and informal housing market. It emphasizes short-term actions to make land available for housing; open access to finance for developers, households and landlords; provide equitable subsidies to households; and offer incentives to lenders and builders.