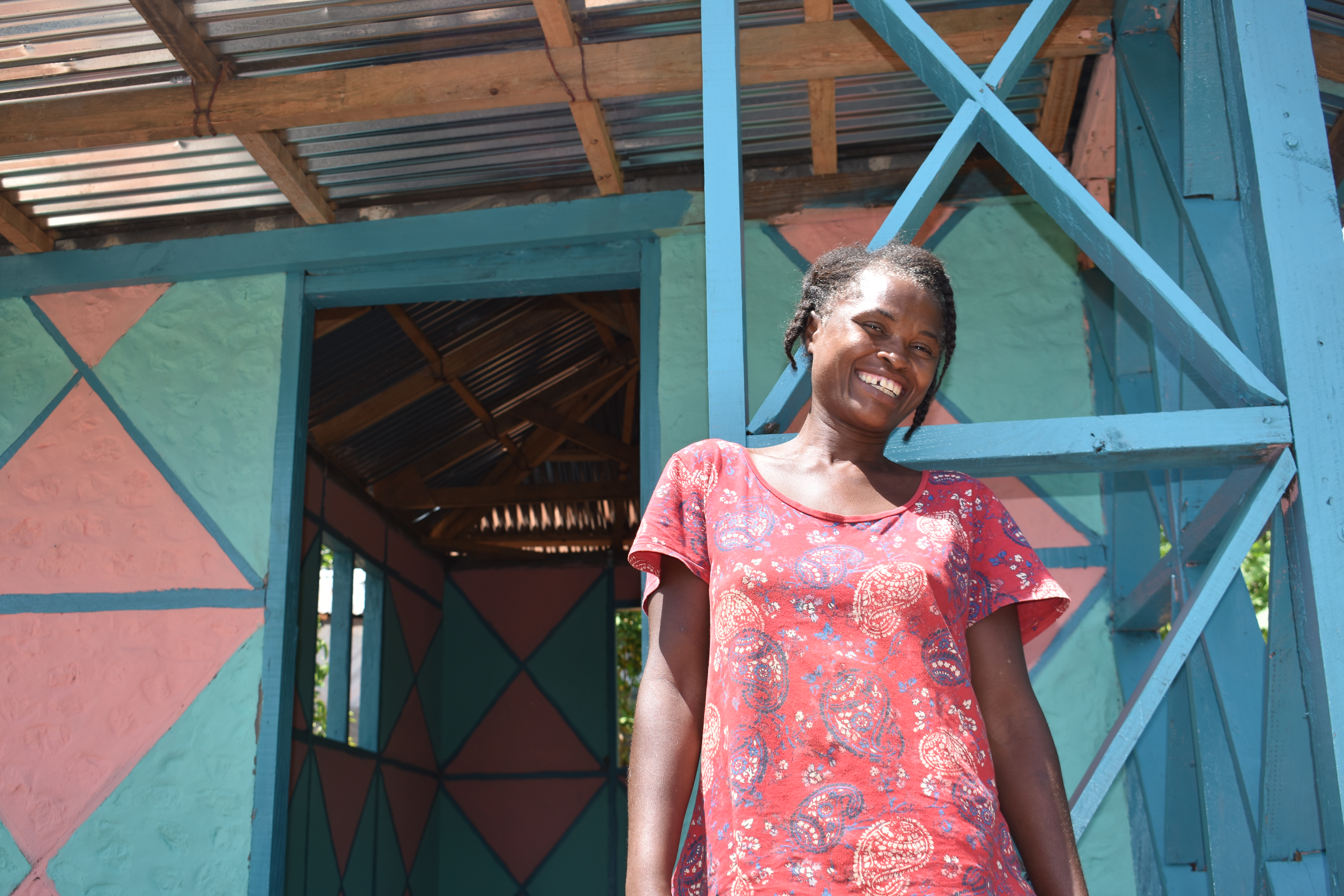 While Habitat has yet to complete detailed assessments of more than 1,800 homes we built or improved in partnership with families here after Hurricane Mathew’s devastation in 2016, early assessments indicate that roughly 98% of them are safe after the earthquake, free of any significant damage.

This includes 15 new homes designed for elderly residents in Beaumont and funded by Maryland’s Habitat Choptank and 300 homes built in partnership with the International Organization for Migration, with funding from the European Civil Protection and Humanitarian Aid Operations, or ECHO.

But this is not the reality for most households in the areas impacted by the earthquake. Proof of this is the testimony of the mayor of Beaumont, Marcel Fortuné, who told Habitat for Humanity’s disaster response team in Haiti that he is still coming to terms with how much the city has lost; and how much remains to be rebuilt.

By Aug 19th, the death toll in Haiti stood at more than 1,900 as he spoke, including 45 residents of Beaumont, and roughly 10,000 injured — all figures expected to rise as search and rescue crews reach more areas. At least 61,000 homes have been destroyed across the region, and another 76,000 severely damaged.

According to rapid assessments conducted by Habitat Haiti and other organizations in partnership with the Haitian government, the earthquake destroyed nearly 1,400 homes in Beaumont alone. All the municipal buildings serving the city of 50,000, from the courthouse to the administrative offices, collapsed.

“We’re lucky this happened on a Saturday morning, when no one was in the building,” Fortuné says of the earthquake that started shaking the mountainous terrain on Aug. 14, 2021. “If not, we likely would have lost many of our staff members.”

Habitat for Humanity continues the work from the affected areas, with the goal of supporting the Haitian government and families in the aftermath of the disaster.