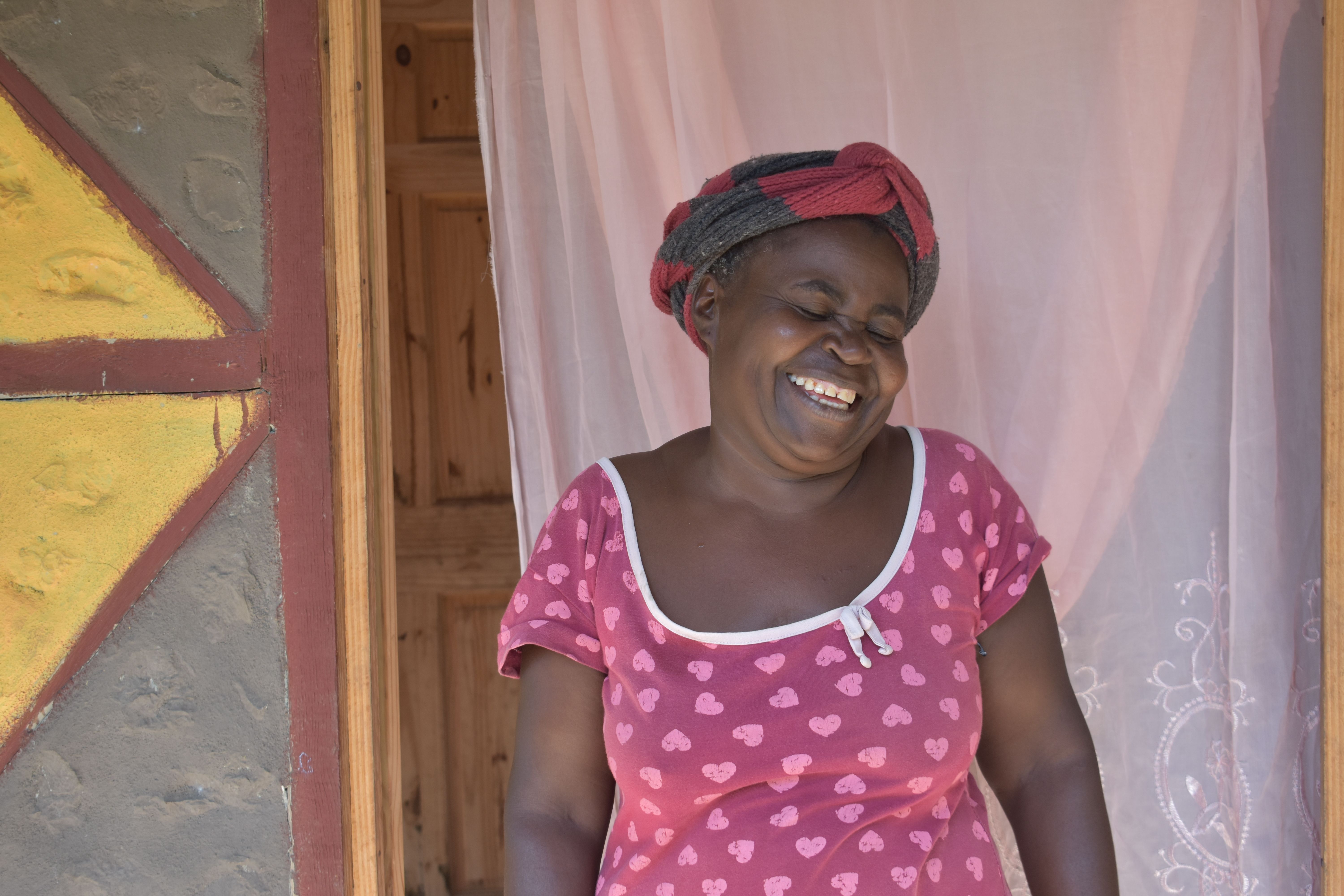 Through the efforts of the Haiti Property Law Working Group and support from The Digicel Foundation, families across Haiti — particularly those headed by women — are learning and asserting their land rights. This week, Habitat for Humanity Haiti is proud to celebrate the 10th anniversary of its groundbreaking manual on property rights in Haiti.

When Ferdinand showed up to court to defend his property rights, he knew he was well prepared. He had his papers in order thanks to a manual published by Habitat for Humanity Haiti and the Haiti Property Law Working Group. Another individual was occupying his property and claiming legal rights to the land – a common occurrence in Haiti where complex laws and a lack of education can make proving your legal rights to land complicated. Ferdinand won his case.

Security of land tenure is an essential tool in fighting poverty, yet prior to the 2010 earthquake, less than 40% of landowners in the country had documentation, such as a legal title or transaction receipt. Habitat Haiti recognized this gap and founded the Haiti Property Law Working Group (HPLWG) in 2012. Today, the HPLWG is a diverse group of over 300 experts, practitioners, donors, and government officials across various fields spearheaded by Habitat Haiti and working to clarify Haiti’s land law in an inclusive and transparent manner. The biggest obstacle: education.

The first step, the group decided, was to publish a manual educating the public on the legal process of buying and selling land. The manual was simple. The impact, however, was great. The first manual was published in June 2012 and included a compilation of laws and texts that guide an individual through the process of land transaction. With over 10,000 physical manuals distributed across the country in French, Creole, and English, families now had a simple step-by-step guide allowing access to the full economic potential of their land.

Individuals truly become landowners when their titles are registered with Direction Générale des Impôts (DGI) – Haiti’s tax office. Yet, many remain unaware of the process, so in 2014, a second manual followed. This one mapped the steps to registering your land and securing legal rights. These two manuals were generously funded by the Digicel Foundation and the United States Agency for International Development.

“With the ability to own land legally being an important catalyst in the fight against poverty and inequality, the land rights situation in Haiti needed to be clarified to ensure all persons understood the laws and could act toward applying them. The intent of our partnership with Habitat for Humanity was to help provide this information in a simplified format in order to set Haitians on a path to land ownership and prosperity.” – Denis O’Brien, Founder and Chairman of Digicel Group and patron of the Digicel Foundation.

The manuals were then translated into a visual, cartoon guide. According to Gilbert Giordani, a lawyer and member of the HPLWG, this was especially helpful as it allowed the information to reach even the furthest rural communities where literacy rates are low. Copies were also distributed to many universities and are still used by professionals in classroom settings, including Gilbert’s, to this day.

One of the largest groups to benefit from the work of the HPLWG, are female-headed households. In 2005, the Ministry of Health indicated that only 8.5% of women surveyed had sole possession of land and another 16.4% shared land ownership. Disputes over land inheritance are common across the country often arising between a widow and her late husband’s family. Without the knowledge of how to protect her land rights, a woman can find herself at risk of eviction.

The group’s work has greatly impacted farmers and workers who occupy government land and believe the land, therefore, belongs to them and can be passed down to dependents. Although this is not the case, there is a legal pathway toward ownership that can be followed. Legal documents do more than just prevent eviction, they can also provide opportunities. Families can now use their property as collateral for business ventures. Alexandra Jackson, Habitat Haiti and HPLWG Program Manager, believes “the manual has directly helped those who are at the greatest risk of losing their land or home, especially women who often don’t involve themselves in the legal aspects of owning land.”

Over the last ten years, the popularity and usefulness of the manuals have paved the way for future projects. Additional manuals detailing issues of credit and land inheritance are now underway with plans to launch this year. The HPLWG routinely provides policy-making recommendations to the Government of Haiti to further land policy, administration, and management reforms. It became obvious that there are many occasions where two or more individuals claimed rights to the same land – an avoidable problem if there was a well-established cadastre, which outlined parcels of land, their characteristics, and owners. To tackle this problem, Habitat Haiti launched the Leveraging Land in Haiti project in 2019, which is using technology and data, community mapping and interactive training to strengthen land rights administration and land tenure security across the country.

Today, Habitat Haiti has uploaded over 34,000 land entries into two municipalities’ tax databases. Through support from the HPLWG, over 1,000 individuals and 38 municipal staff have been trained on the land tenure regulation process through this project. The impact of this work alone is enormous and will continue. While the Group is proud to reflect on the impact of our land tenure work over the last 10 years, they are already looking ahead knowing that together we can make a difference for the most vulnerable families in Haiti. 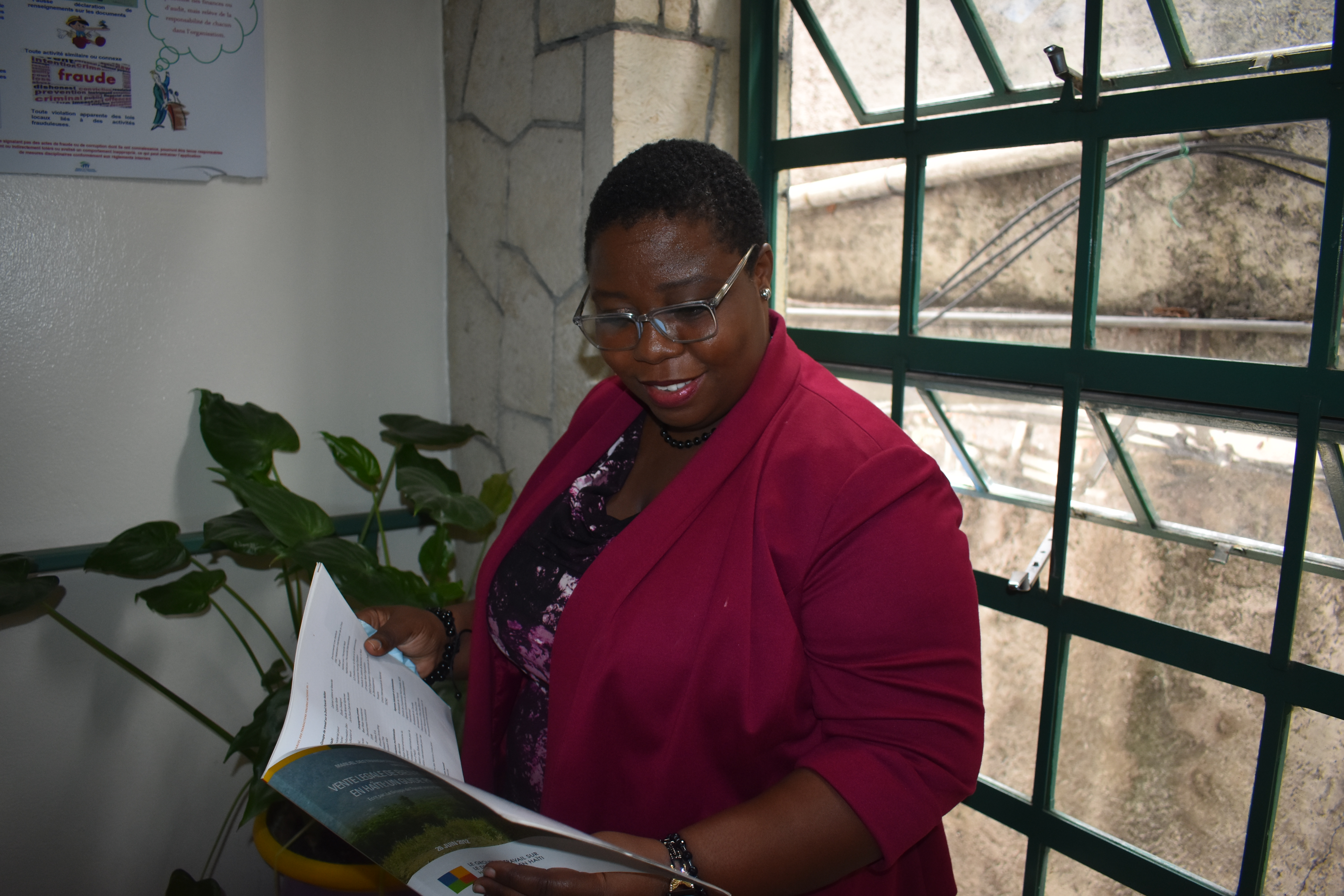